This website is provided to give information about the wildlife that can be found in the rural countryside of Uttlesford District, around and between Saffron Walden, Great Dunmow and Stansted in north-west Essex. To find nature reserves and other sites of interest go to Places to Visit.

Although, in common with the rest of the country, this area has suffered from the impacts of development and intensive farming, there are still many places where rare species and attractive habitats can be found. The picture in our logo is Crested Cow-wheat, and Uttlesford is now one of the last parts of the UK where this species can be found. You can read more about this species on the Saffron Walden Museum website.

Ancient woodland with Oxlips, and chalk grassland roadside verges are specialities of the area. There are also marsh sites in our river valleys, and traditional orchards, all offering opportunities to see many wildflowers including orchids.

Our local District Council has opened a new on-line Biodiversity survey on July 26th as part of its Local Plan making process, as set out in a news posting here https://www.uttlesford.gov.uk/article/7278/Council-launches-new-biodiversity-mapping-tool

Uttlesford District Council has launched a biodiversity mapping tool that enables residents to tell the council about local sites with important biodiversity or that have the potential to be havens for plants, animals and insects. 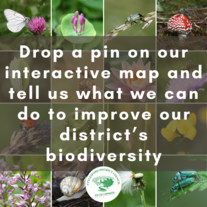 The webpage invites people to drop a pin on a map of Uttlesford indicating the location and then answering five simple questions. It can be any type of site and as small as a road verge or corner of a churchyard.

If you believe a site has the potential to improve or restore biodiversity or needs to be nurtured the council wants to hear from you.

According to the Wildlife Trust’s ‘State of Nature’ report the UK is one of the most nature-depleted countries in the world and has lost 60% of its important wildlife in the past 50 years.

Cllr Louise Pepper, cabinet member for Environment & Green Issues, said: “Improving our biodiversity is vitally important – it is essential to the health and enjoyment of our countryside.

“We want to hear from local residents, children and school nature projects, local nature groups and the many people who regularly walk our countryside. They are the people who know their area best.”

As the map gathers more and more sites all the ‘pins’ will be visible for people to see what is happening in their area and elsewhere in the district.

The sites submitted on the completed map will be considered alongside the evidence base for the local plan and will also indicate candidates for a district council-led programme of assisting biodiversity through expertise and funding.

The map can be accessed via https://uttlesfordbiodiversitymap.commonplace.is/

Our gardens are an important habitat for Hedgehogs, which have suffered a massive population drop over the last few decades. Watch this cute video to see how to make your garden Hedgehog friendly.   And if you are driving at night and see a Hedgehog on the road in front of you, stop the car and help it get to the side of the road !

A set of photos taken in this area to show the changing seasons.

Shadwell Wood in the Snow 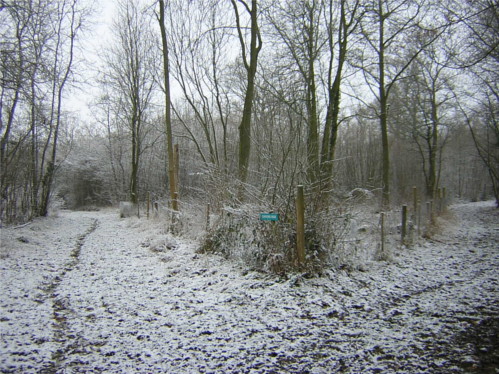 A winter day in Shadwell Wood, an Essex Wildlife Trust reserve near Ashdon. The wood is managed with a traditional coppice rotation system, cutting a small area each year, which keeps it ever changing and full of interest. © Tony Morton

Earth Overshoot Day marks the date when humanity’s demand for ecological resources and services in a given year exceeds what Earth can regenerate in that year. COVID-19 caused humanity’s Ecological Footprint to contract, demonstrating that shifting resource consumption patterns in a short timeframe is possible. However, true sustainability that allows all to thrive on Earth can only be achieved by design, not disaster. Read More here to see how it is calculated and possible solutions 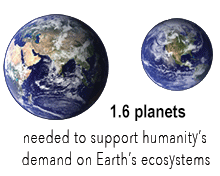 Link to State of the Environment World Trends

Uttlesford Wildlife now has a YouTube channel with a few videos of the wildlife of our area captured on trailcam. Click this link to visit the page:
https://www.youtube.com/channel/UCxNQtHw8jnYDTkon2euLQ0A

The latest Living Planet Report provides a disturbing summary of the ongoing collapse in ecosystems around the world.

2020 has been the year that forced us to stop. A global pandemic, extreme weather, forest fires.

And the Living Planet Report 2020 shows that our relationship with nature is broken – but we know what needs to be done if we’re going to turn it around.

There’s no time to waste. We must take action now if nature is going to recover.

You can read the report at; Living Planet Report 2020

A Peoples Manifesto for Wildlife

A review of nature conservation policy and legislation has been undertaken by a group of wildlife experts who have produced their Peoples Manifesto for Wildlife  that sets out the changes that are needed to stop the continuing loss of species and habitats that Britain suffers. A thought provoking read.

A fascinating article from Miles King about Nitrogen and its critical role in ecosystems. See The Nitrogen Dilemma
https://anewnatureblog.wordpress.com/2018/06/04/the-nitrogen-dilemma/  Did you know that half the humans on the planet are made from artificially fixed Nitrogen?

An inspirational video from George Monbiot about Wolves in Yellowstone Park and the deep connections between species in ecosystems. Would Wolves bring our current burgeoning Deer population back into balance with its food supply? And a bit closer to home here is a 20 minute film about Rewilding Scotland.

The latest information on Ash Dieback disease is being posted on the DEFRA website.
Ash Dieback has been found extensively in Uttlesford on roadside trees and on many trees in West Wood and Shadwell Wood, with widespread hanging dead black leaves. It looks like we are eventually going to lose many Ash trees throughout the country. More hopeful news comes from University of York (Jan 2016) with this video showing a new genetic test to screen Ash seedlings for disease resistance.

A leaflet showing the Essex Wildlife Trust reserves in Uttlesford can be downloaded by clicking Here (PDF 620KB).